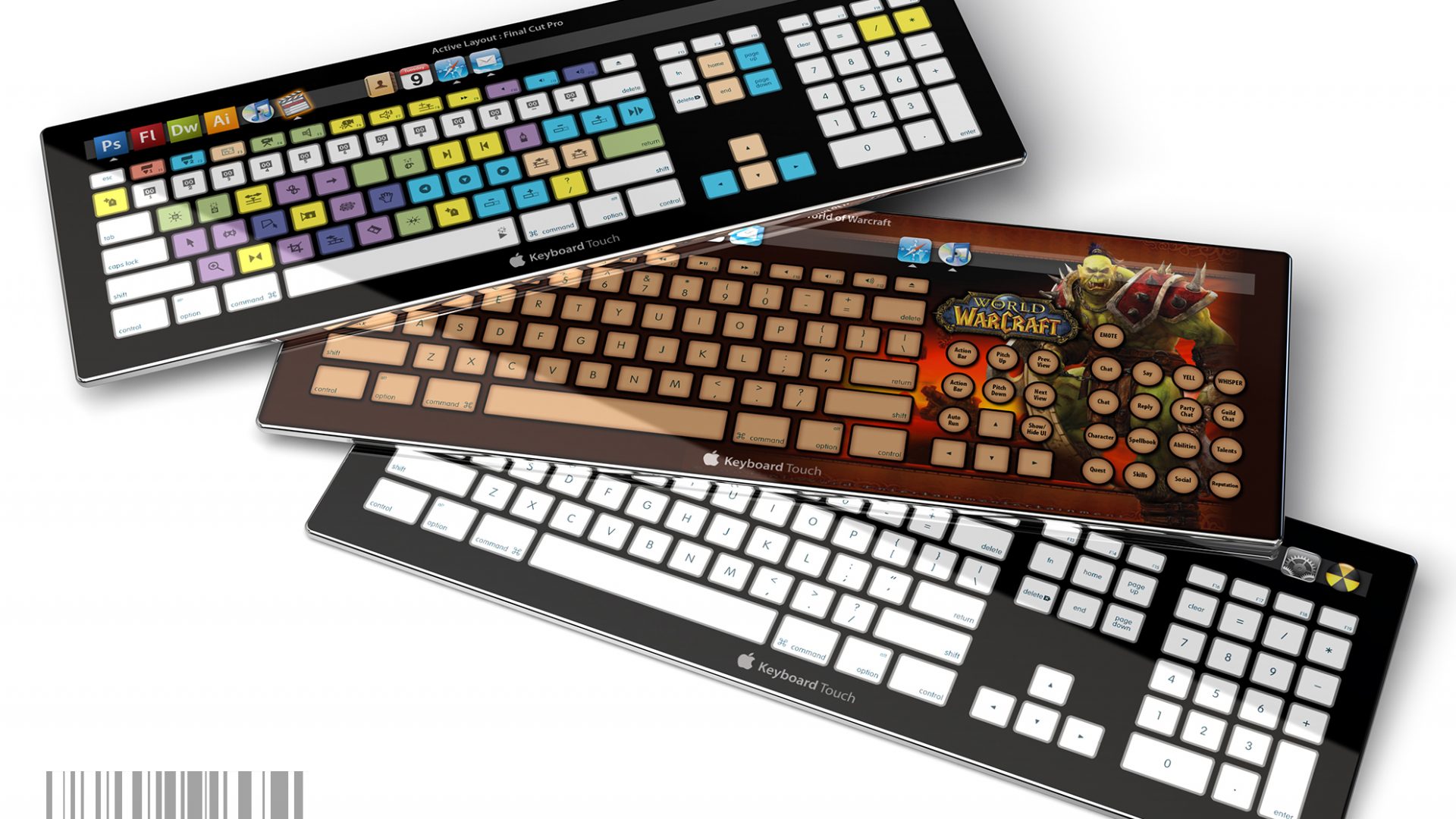 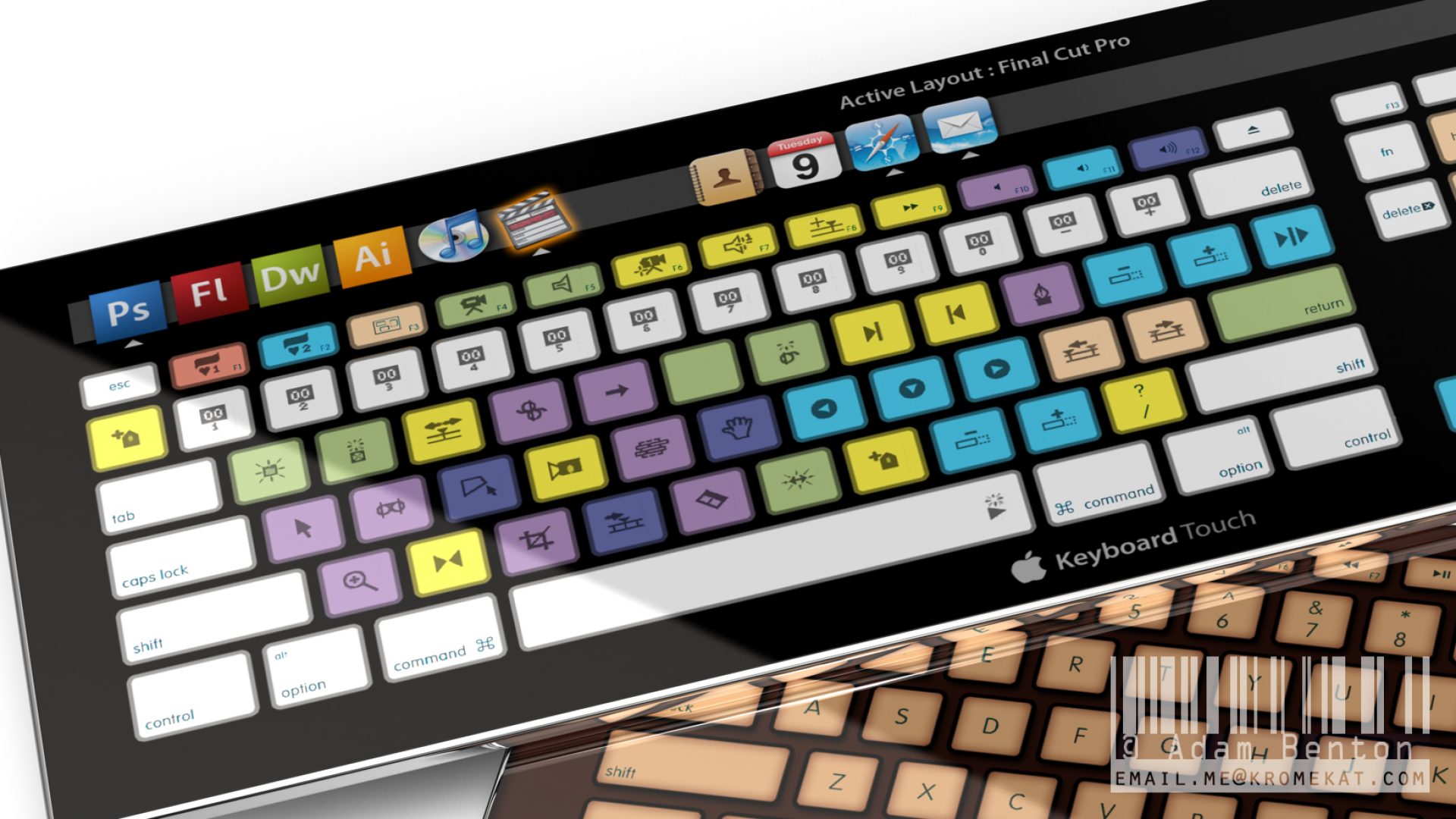 I was inspired to look back at one of the many Apple related product concepts I have designed and rendered over the years, after seeing the recently released MacBook Pro (2016).
Seeing the ‘touch bar’, I couldn’t help but notice that we (MacLife magazine and myself) hinted at this possibility in our ‘Keyboard Touch’ design back in 2008. What had started out as being a conventional mechanical keyboard with some customisable/user assignable keys, turned into a full touch interface inspired by the then, newly released iPhone and iPod Touch. Apart from allowing for completely uniquely customised and app themed keyboard layouts, it’s interesting to note that I had proposed the idea of a touch ‘dock’ or strip along the top of the keyboard, allowing for storing regularly used apps and utilities, or indeed, commands specific to the app in use!