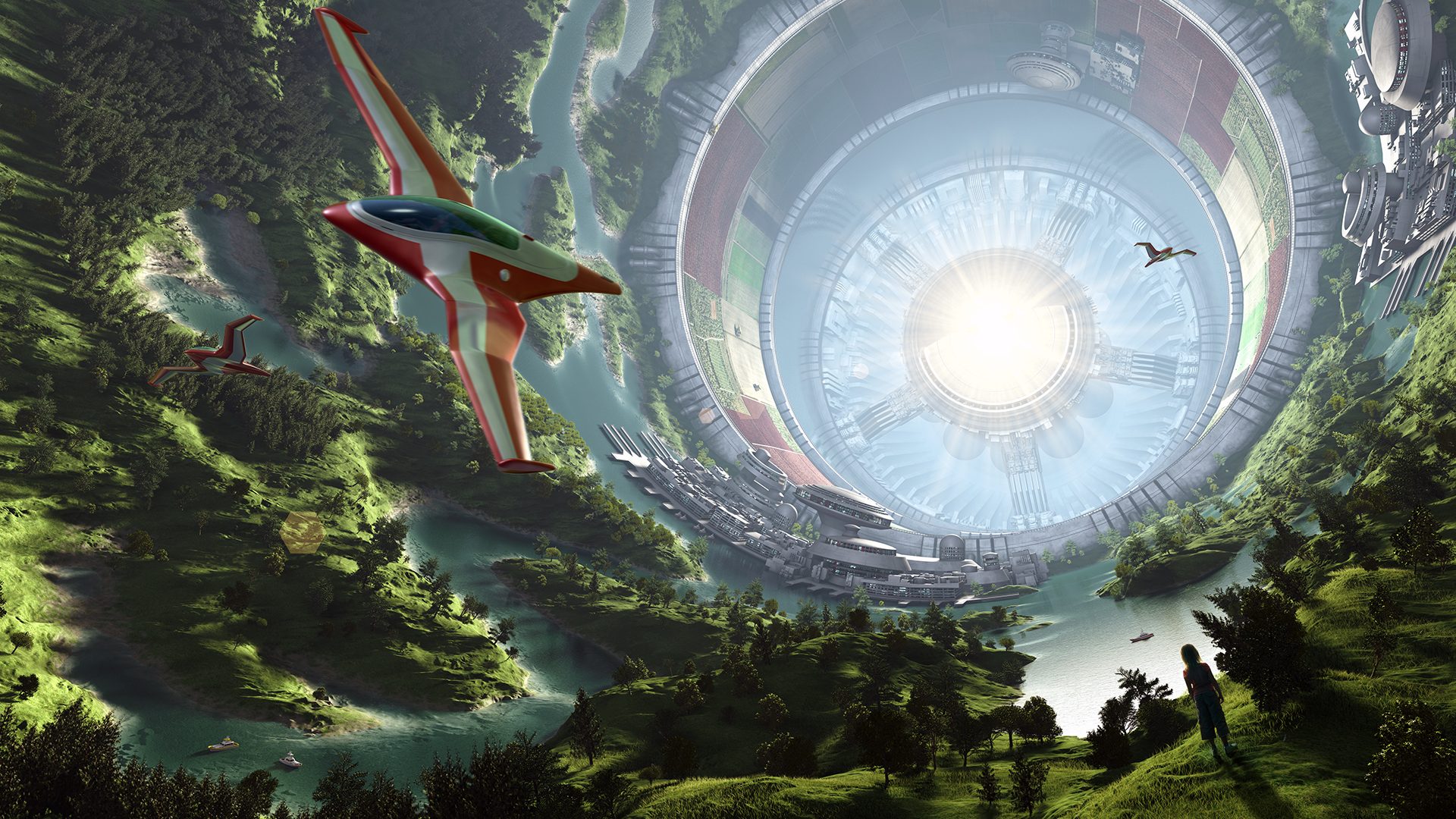 This image, or at least one like it has been in my mind for literally years now. Probably inspired by a couple of NASA’s space colony concepts of the 70’s, definitely by Ben Bova’s novel ‘Colony’, and obviously to an extent by Greg Bear’s ‘Eon and Clarke’s ‘Rama’ series!

At any rate, after getting the newest version of Cinema 4D, with render instances, and speeded up sub poly displacent, I did a couple of tests with large amounts of trees, and then started to put this idea to the test.