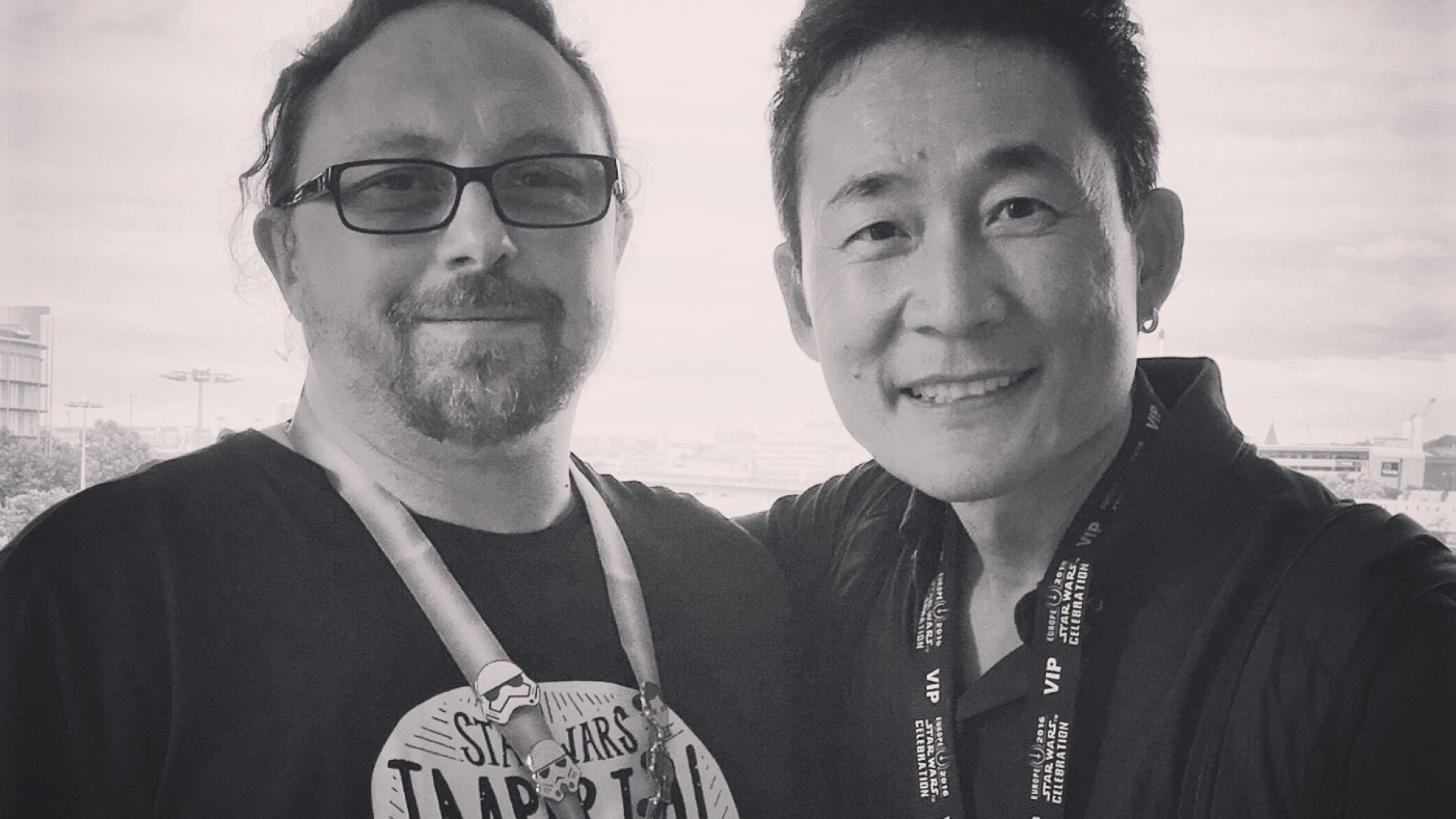 I’ve just returned from my first ever Star Wars convention – not sure why it’s taken me so long to attend one, given that I’ve been a fan since I was 7!

I was thrilled to have attended a panel of one of my favourite concept artists; Doug Chiang, who took us through his working processes, and gave a lot of insight into his long running role as a major designer on the Star Wars films – I envy this man’s career history! 🙂

It was wonderful then, to find him near the exit of the convention centre talking to other fans. I couldn’t resist the photo op!