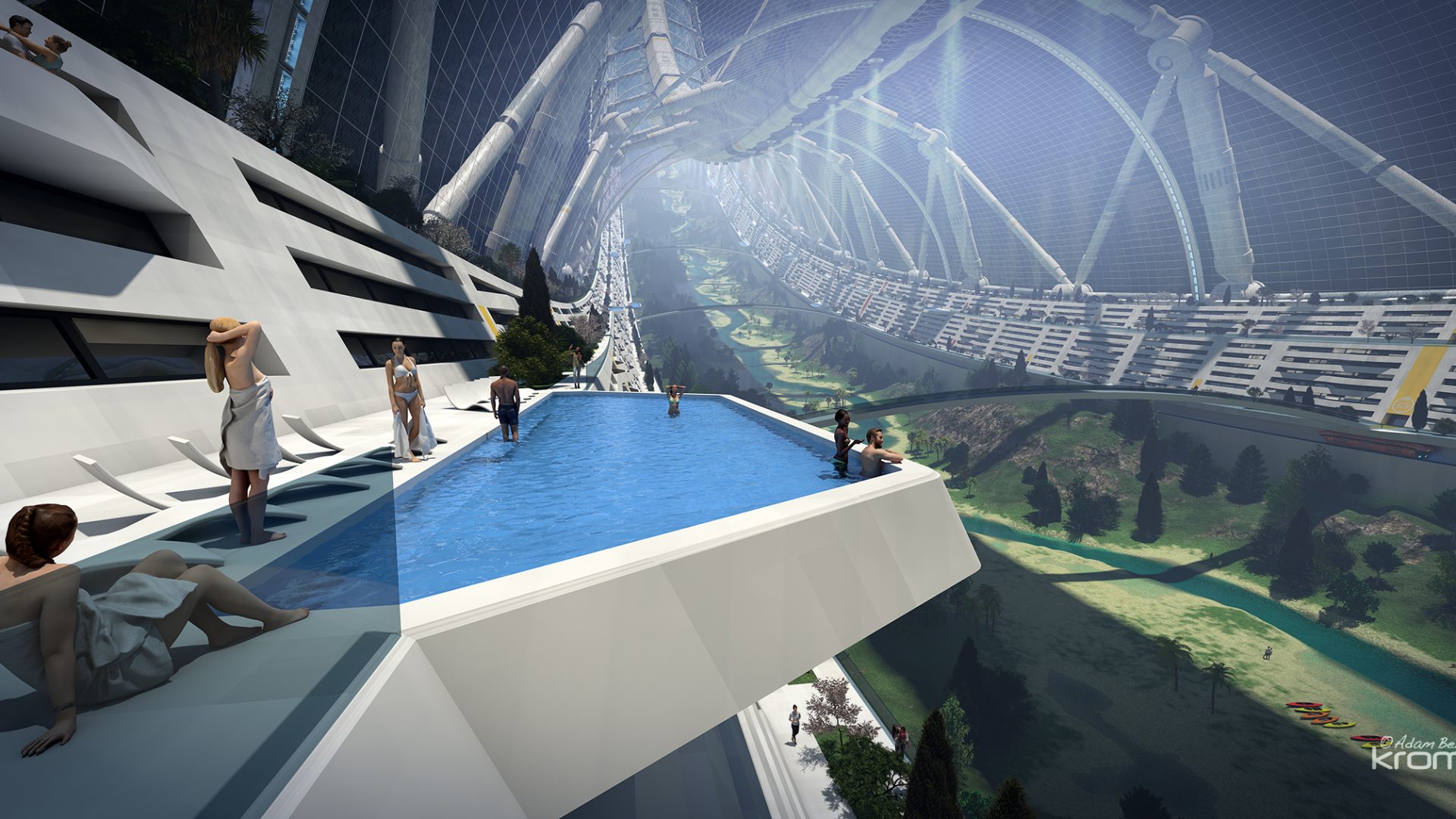 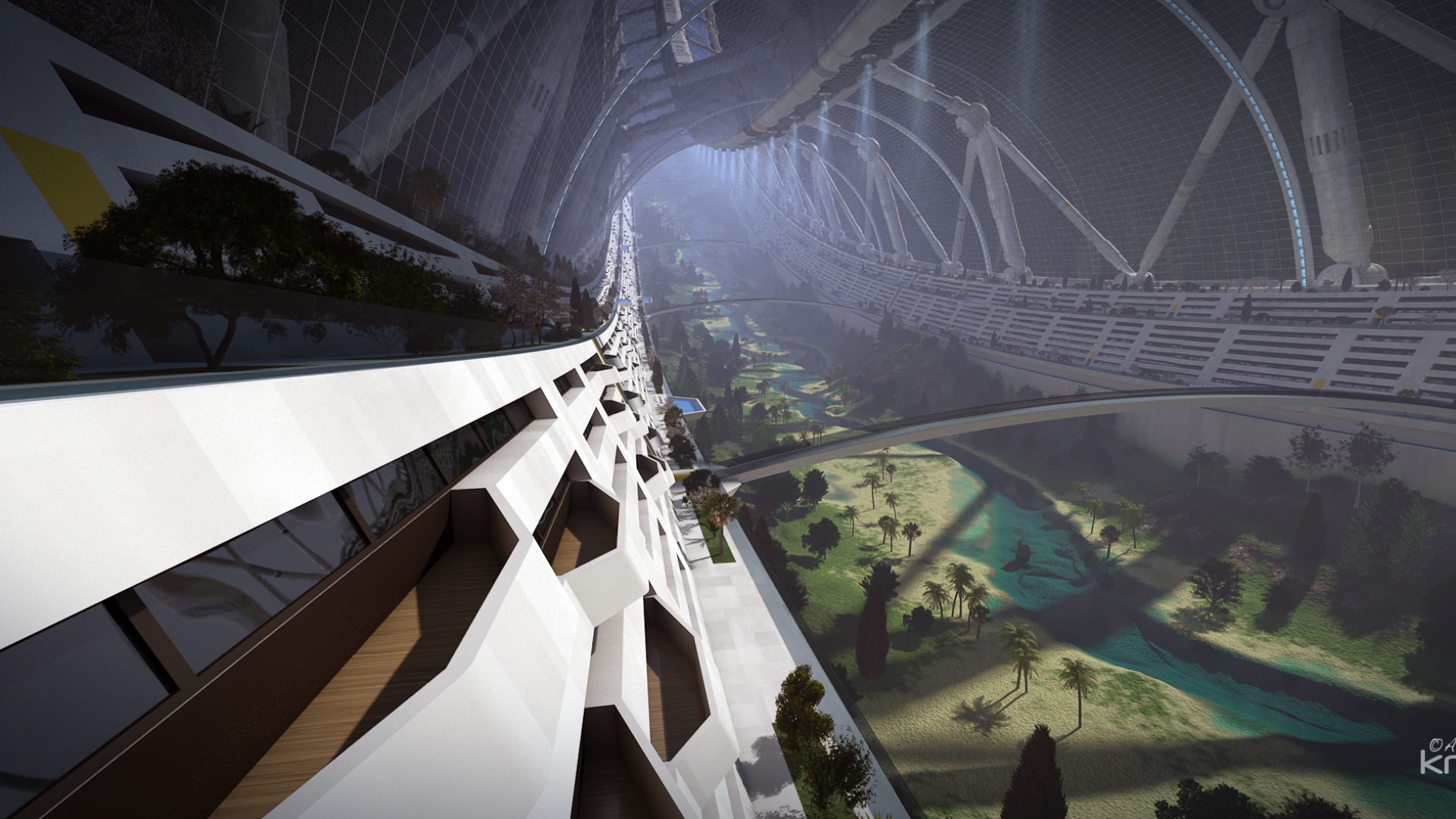 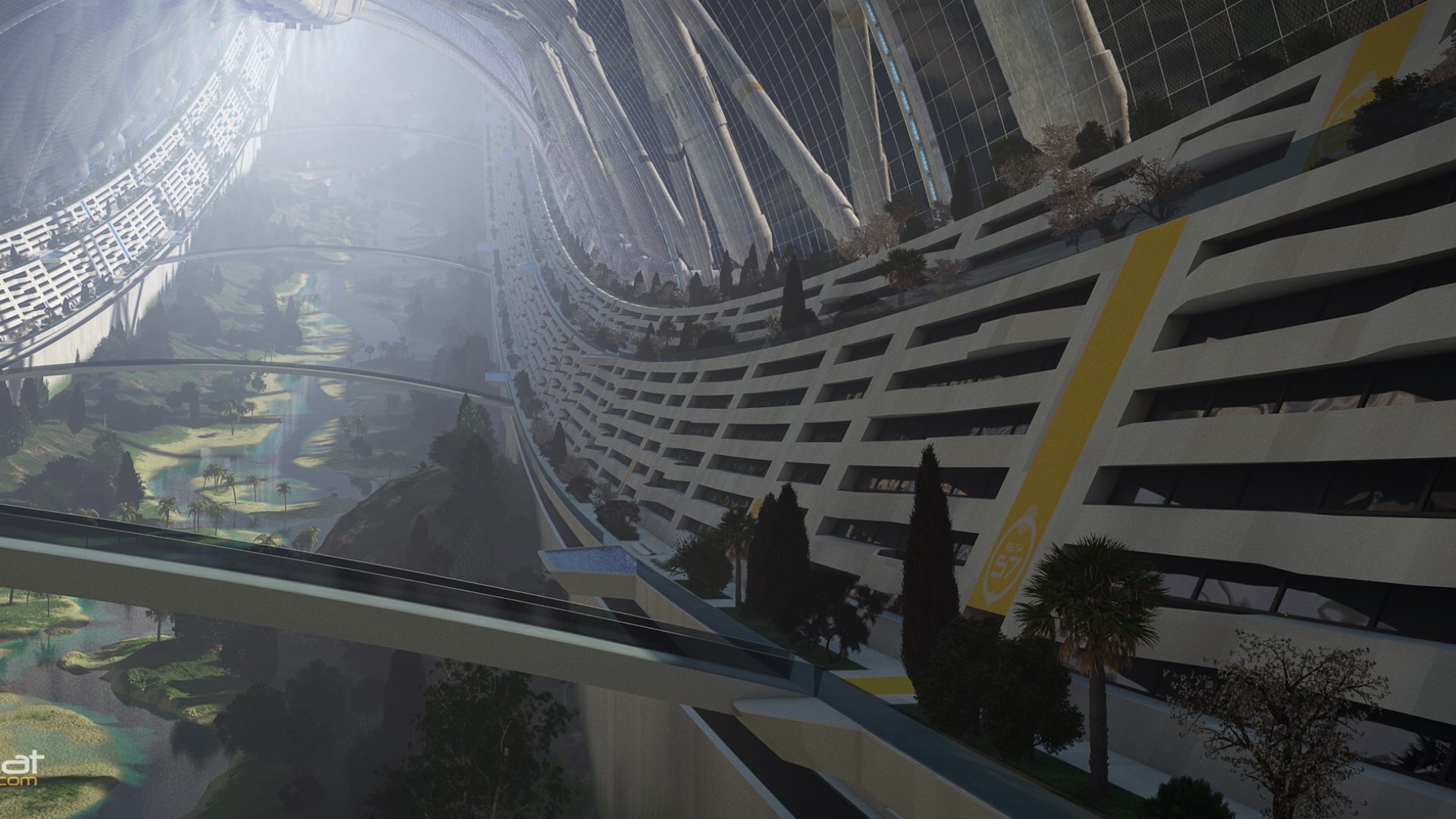 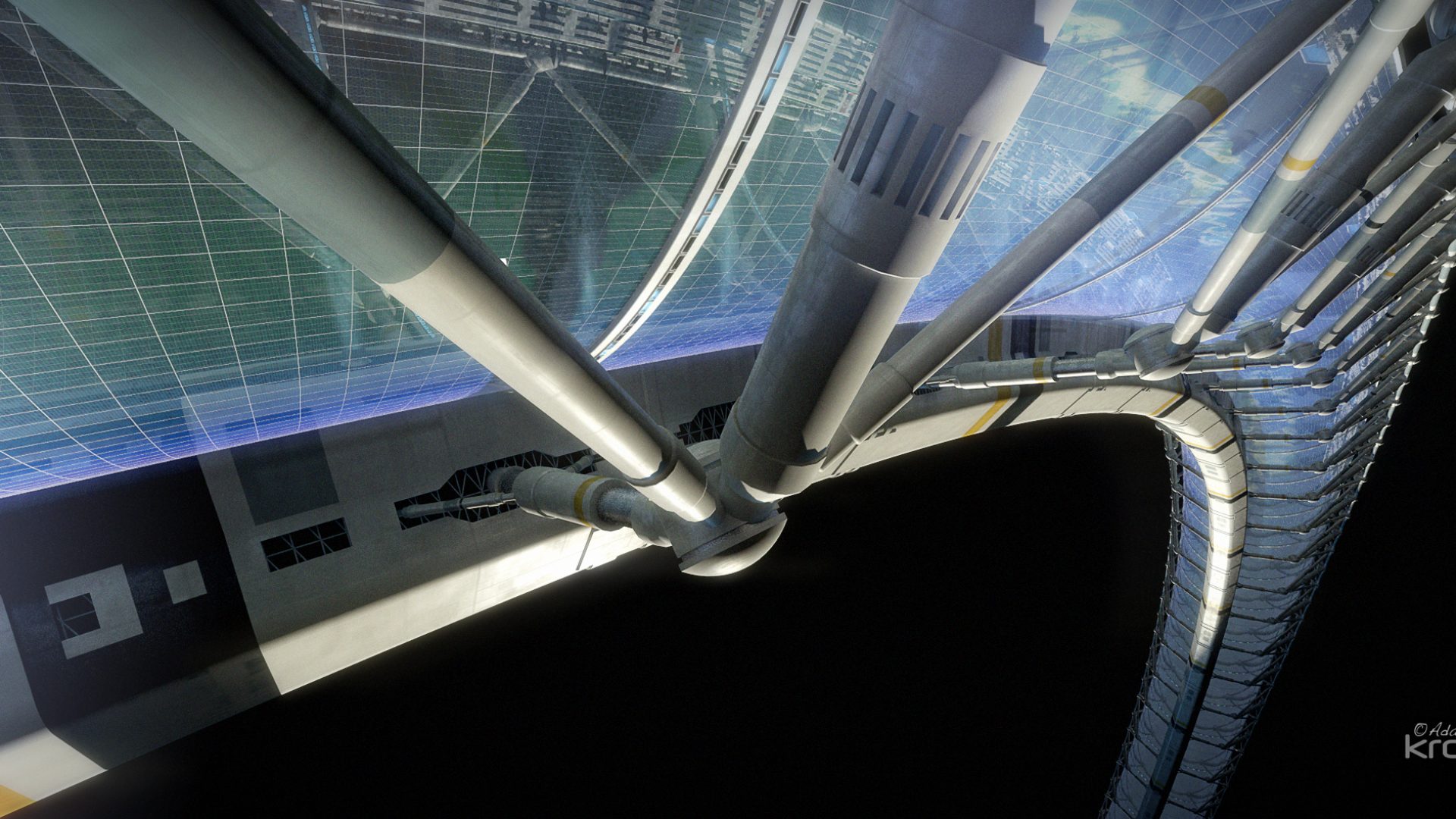 I had been wanting to attempt another space colony style concept for some time, but in this instance wanted to approach a different style to my previous 'New Eden' cylinder concept. So I decided to come up with my own take on a Stanford Torus colony. As the idea progressed, I felt that what I was now actually creating, was not merely a domicile for human habitation, but more of a holiday resort in space, which given the current drive by entrepeneurs like Richard Branson's Virgin Galactic, and Elon Musk's SpaceX plans for accessable space travel, doesn't seem quite so 'science fiction' as it might at first appear.

I contacted Maxon UK, and suggested that whilst I set about this task, I should maybe record the entire process of its creation for the benefit of other Cinema 4D users as well. The resulting 16 hours of training videos, give the viewer a unique opportunity to look over my shoulder whilst I make all the design decisions, solve problems, and generally enjoy the creative process of modelling this complicated scene!

Here are some of the resulting renders from the project so far, and below are links to the training videos.

Maxon are releasing the 16 hours of training videos, over 11 episodes on their youtube channel >>here<<

I'd like to thank Andreas Mönke at www.renderpeople.com for the generous donation of all the scanned human figure models used in the videos and final renders!